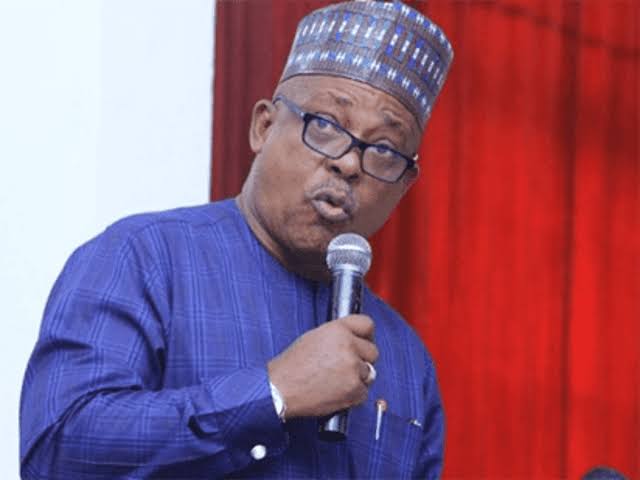 The National Working Committee of the Peoples Democratic Party (PDP) has come under increasing pressure to declare its position on which of the zones will produce the party’s presidential flag bearer in the 2023 election.

The situation is not helped by threats by more governors elected on the platform of the party to switch camps if the party leadership fails to show more commitment to zoning the presidential ticket to the southern region.

The zoning problem was cited by Governor David Umahi of Ebonyi State for his recent defection to the All Progressives Congress (APC).

Party sources said the situation has sent panic into the Uche Secondus-led NWC, prompting it to launch moves to placate protesting members of the party across the country to avoid losing more members to the APC.

Sources said the national leadership of the PDP decided to talk to aggrieved chieftains after it became obvious that the various organs of the party might not be able to stop a mass defection if the issue of zoning was not addressed urgently.

Umahi had, penultimate Tuesday, exposed how serious the defection threats within the PDP are when he dumped the party and pitched his tent with the APC.

He said his action was caused by the failure of the opposition party to cede the 2023 presidential ticket to the Southeast zone.

Sequel to the Umahi move, the party immediately convened a meeting of its National Executive Committee (NEC) in Abuja.

Speaking at the end of the meeting, the Chairman of the PDP Governors’ Forum and Sokoto State Governor, Aminu Tambuwal, said “all 15 of us are here present.

“This is a clear statement that we are united and working towards strengthening our party for the future.”

Secondus sought to down play Umahi’s defection by describing it as a ‘one-off’ .

He said all other PDP governors were committed to staying in the party.

But sources at the meeting said some governors, National Assembly members and other chieftains of the party, especially from the three southern zones, have openly expressed dissatisfaction at the failure of the NWC to openly confirm the PDP’s readiness to respect its zoning arrangement in 2023.

“The NEC meeting was not as smooth and uneventful as the public was made to believe by the NWC,” a top source said.

He added: “It was a very frank moment for us all as many of our chieftains from the south blamed the gale of defection rocking the party in the zone on the silence of PDP leadership on the zoning debate.

“Governors and legislators from the zone urged the leadership to take a categorical stand on the matter there and then at the meeting to forestall further defections.

“A number of them actually said they would leave the party if the ticket was not given to the south.”

The NEC, it was gathered, rose without addressing the grievance of the complainants.

Continuing, the source said: “This development has further escalated the disaffections within the party as more members are now threatening to leave if the PDP leadership fails to publicly announce the zoning of its 2023 presidential ticket to the south.

“At the last count, no fewer than three southern governors have made it clear that they will leave the party if Secondus and the NWC fail to openly endorse the zoning of the 2023 presidential ticket to the south.

“One of the governors had, after the meeting, communicated to the NWC that it is the desire of the people of his state to support only a party that fields a southerner as its presidential candidate in 2023.

“It is clear that the communication is a way of telling the party what he plans to do very soon. I can also tell you that a delegation of a National Assembly caucus of the PDP recently met and told the national chairman that they would not appreciate anything short of outright zoning of the presidential ticket to the south.

“They came because, according to them, they are uncomfortable with the silence of the party on the matter.”

Contacted yesterday on the development, a member of the PDP Board of Trustees (BoT) said he and majority of members of the board from the Southwest were unhappy at recent statements credited to the chairman of the BoT, Senator Walid Jibrin, on the zoning of the 2023 presidential ticket of the party.

“We are watching with keen interest,” the source said.

“PDP has always respected the zoning arrangement. We will not accept anything short of ceding the ticket to the south in 2023. That much was said by many individuals and groups at the NEC meeting. It is in everybody’s interest for us to take action quickly.”

The Nation also gathered that a recent move by some National Assembly members to edge the PDP NASS caucus towards urging the leadership of the party to officially announce the zoning of the 2023 presidential ticket to the south was unsuccessful as the legislators were sharply divided by the motion.

While majority of the lawmakers from the south supported the idea as a way of forestalling further defections from the party, a sizeable number of their counterparts from the north saw no need for such ‘interference in the business of the NWC by the caucus,’” one source said.

The source said the national chairman, who also understands that besides the threats of defections, the ongoing agitations will also affect his second term ambition, is under immense pressure to find a way of placating the protesting governors and their supporters across the country.

“The challenge Secondus currently faces is the fact that there are two sides to the ongoing agitation. Just as many party chieftains want the NWC to cede its presidential ticket to the south, numerous others will kick against such announcement should the PDP leadership make such announcement,” the source said.
The Nation